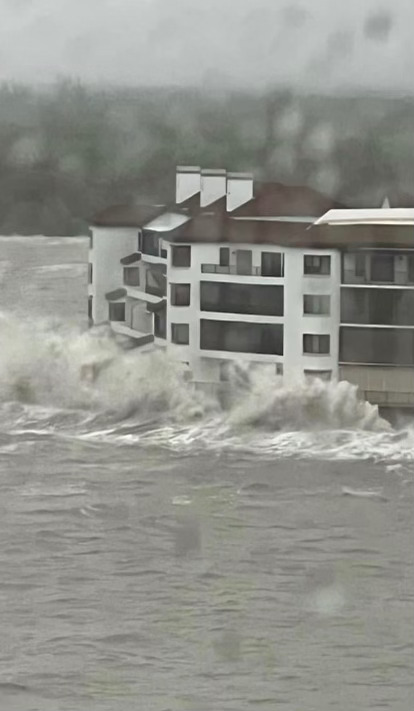 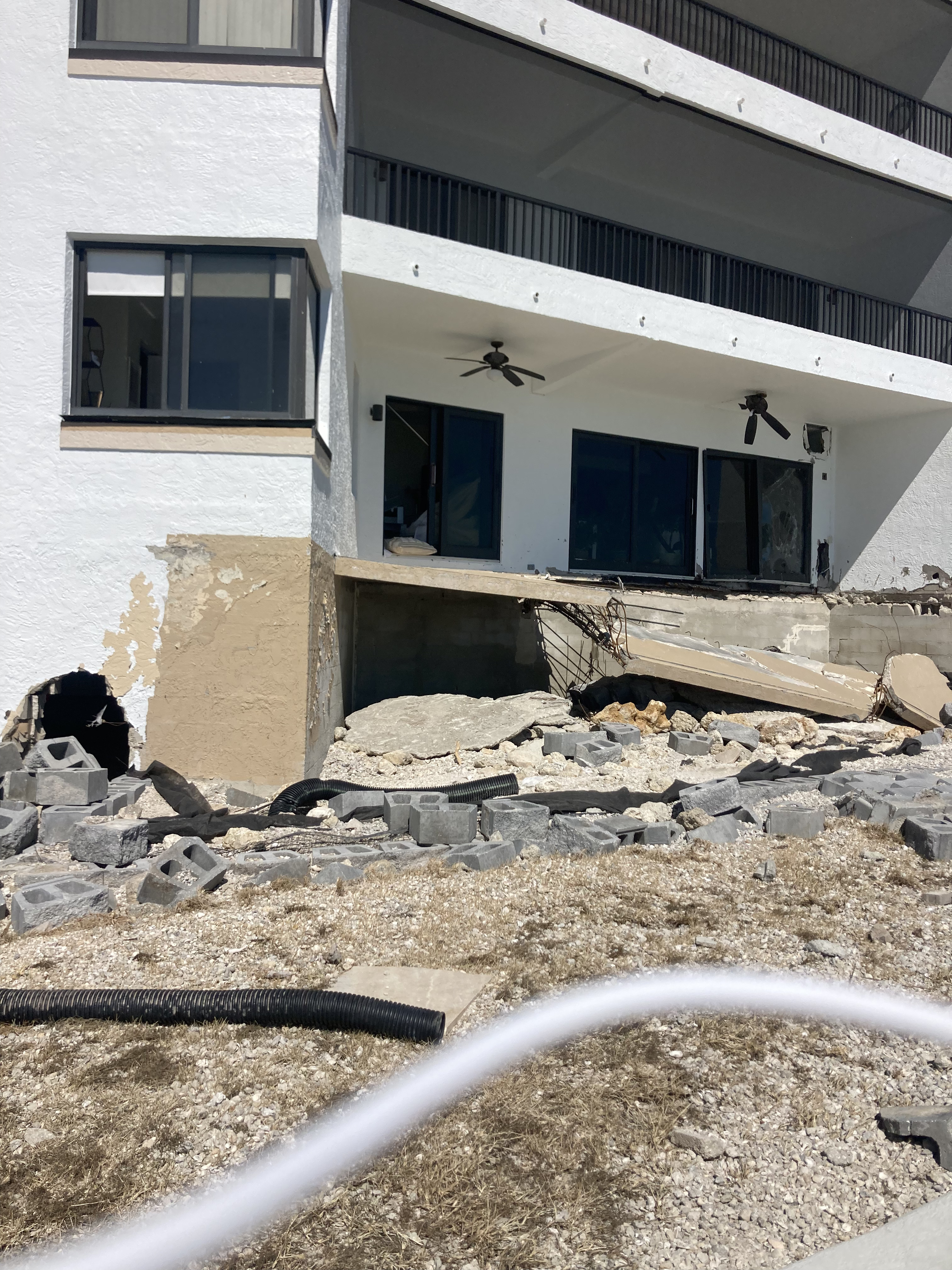 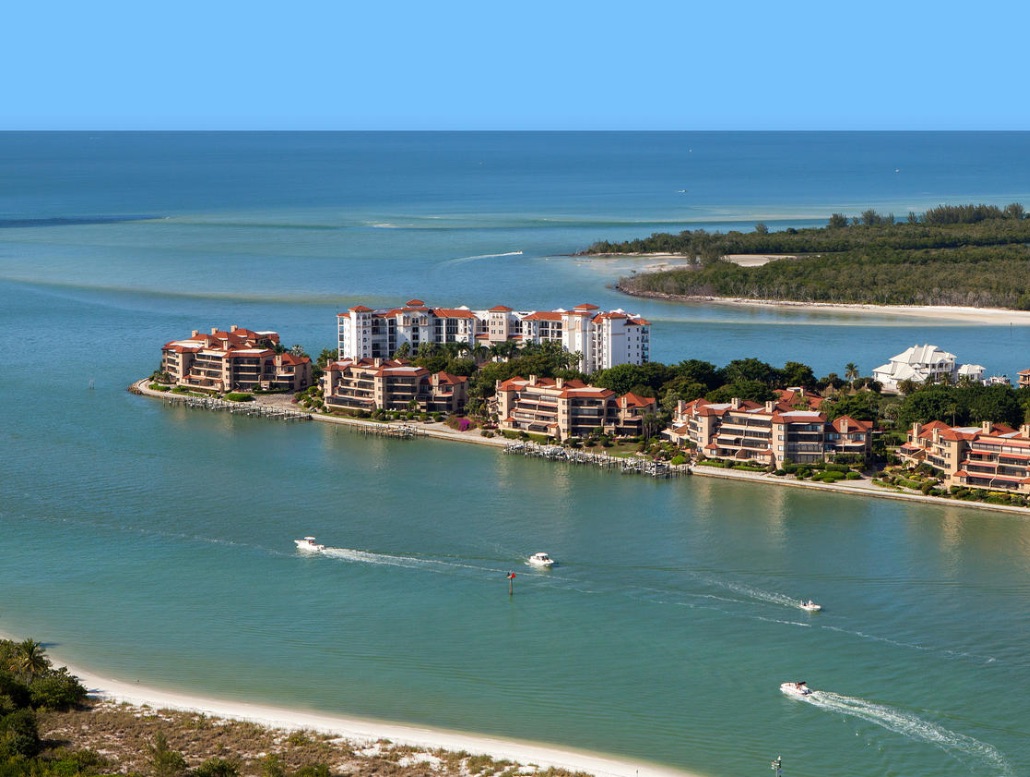 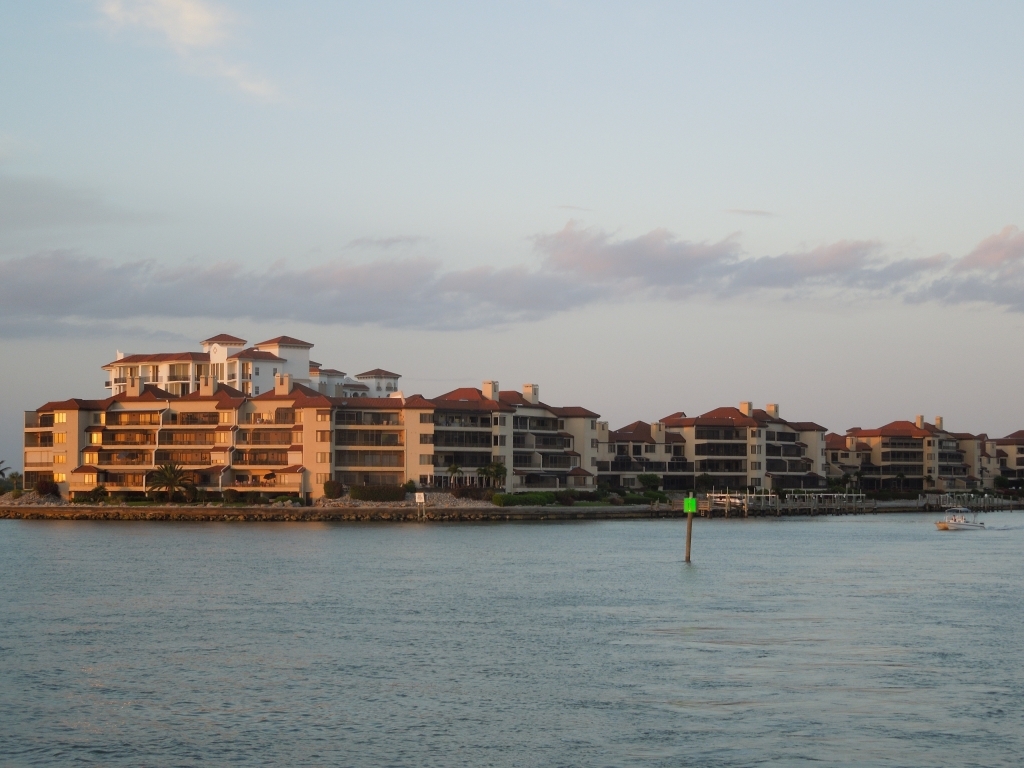 Looking back at the peninsula during a sunset cruise. Twin Dolphins is just behind the 600 Building, on the point. Photo by Jan Van Deelen 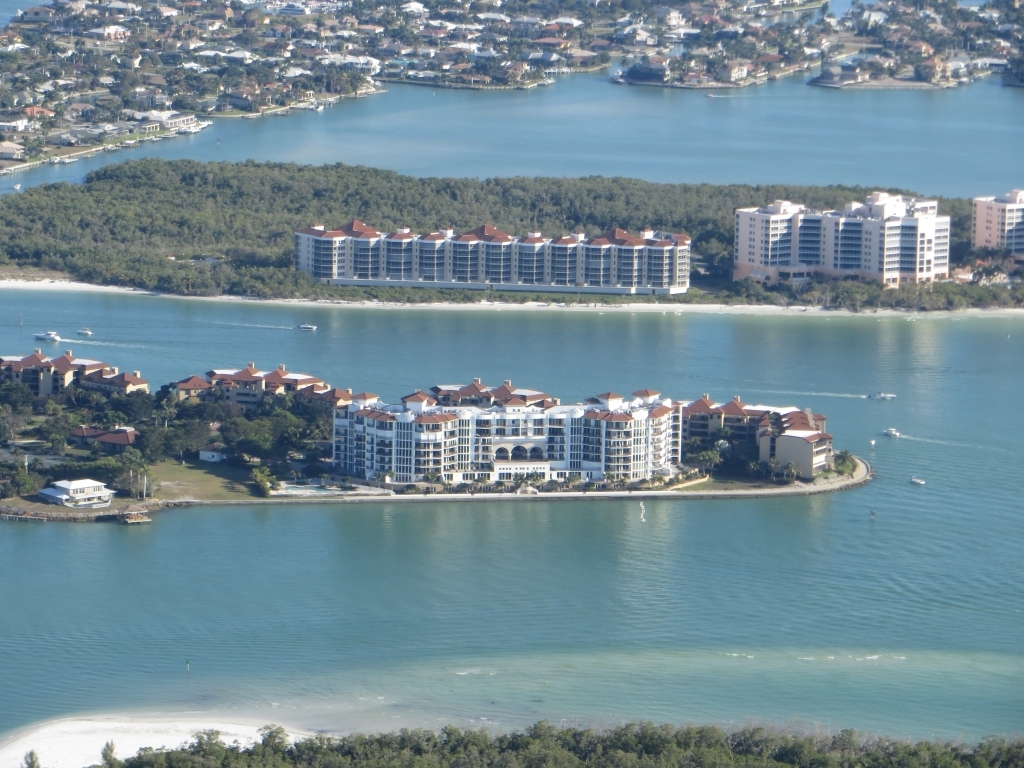 La Peninsula community in the foreground, surrounded by the beautiful waters of Big Marco Pass and the waterway into Johnson Bay. Photo by Bill Casale 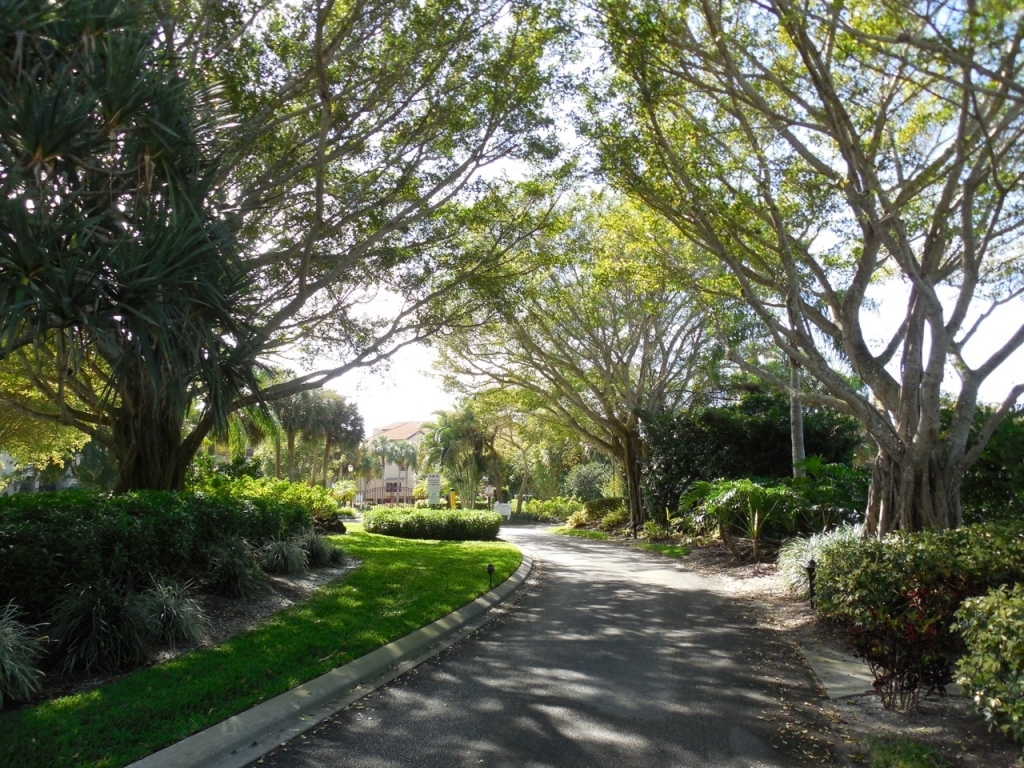 Leaving the traffic and congestion behind, a shaded boulevard leads to entry gates. 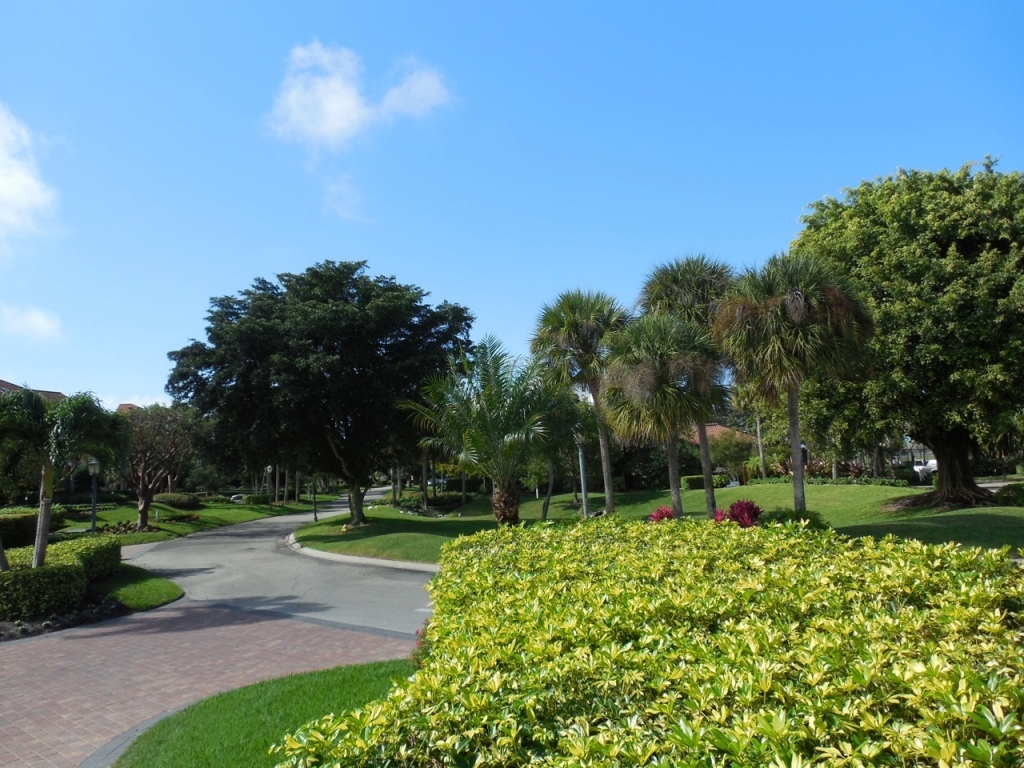 In a Park-like Setting on the Gulf of Mexico

Enjoy a beautiful community setting for walking and socializing.

Capri residents organization formed exclusively to fight the proposed rezoning by the Fiddler's Beach & Yacht Club, LLC development on the Isles of Capri. SaveCapri.Org is an officially organized limited liability corporation (LLC) and a 501(c)3 charitable organization. Mailing address is PO Box 8552, Naples, Fl. 34101. Help us successfully stop the rezoning of our island, protect and preserve Isles of Capri's environment and sense of small community, and oppose changes from the current low-density business (C3) to high-density mixed-use zoning on the business island by any developers. For more information go to savecapri.org, email address is Saveislesofcapri@gmail.com to communicate with our leadership and to donate to support the cause.

CCI Save our Lifestyle - Donate to the SAVE OUR CAPRI LIFESTYLE fund to fight the rezoning of our business isle. Fiddler's Creek is petitioning Collier County to change the zoning of our business island so they can build three residential towers (108 units) and a four-story parking garage, inside a gated development. Please help us oppose this effort. A land-use attorney and numerous other expenses related to this fight are needed. Please consider making a donation, no matter the size.

How a trusted weather model fumbled the forecast for Hurricane Ian.
Weather models generally pegged Ian's ferocity but failed to pinpoint its path. 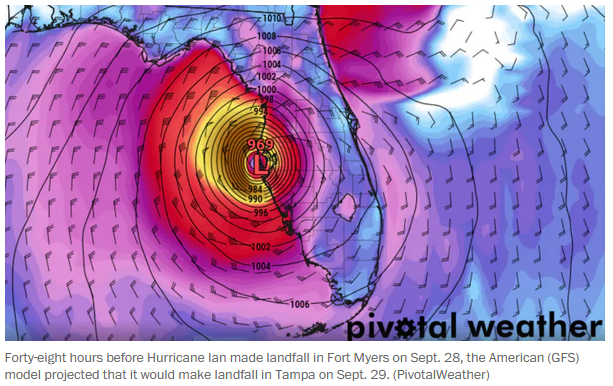 Forty-eight hours before Hurricane Ian made landfall in Fort Myers on Sept. 28, the American (GFS) model projected that it would make landfall in Tampa on Sept. 29. (PivotalWeather).

As Florida's Gulf Coast braced for Hurricane Ian, meteorologists were faced with conflicting information: The country's flagship weather forecasting model was repeatedly predicting landfall in the Tampa Bay region, even as models developed in Europe were narrowing in on an impact zone closer to Fort Myers.

The American model was insistent on a landfall point well north of that eventual disaster area, making the National Hurricane Center slow to adjust its forecast cone southward in the days ahead of the storm. The center eventually shifted the cone south by more than 100 miles in the 30 hours before Ian devastated Fort Myers Beach and Sanibel Island.